Last night I upgraded a Tableau Server for one of our clients1.  They weren’t ready to go to 8.3 yet (they’re holding out for 9.0,), but we had agreed to upgrade from 8.2.1 to 8.2.7. Since an upgrade requires an uninstall of the existing Tableau Server, we also agreed to do it after hours.

When you uninstall Tableau Server it makes a backup of the internal database (including workbooks, extracts, users, and settings) and when you install a newer version it restores everything so the new version is ready to go with everything the old version had.  Usually… 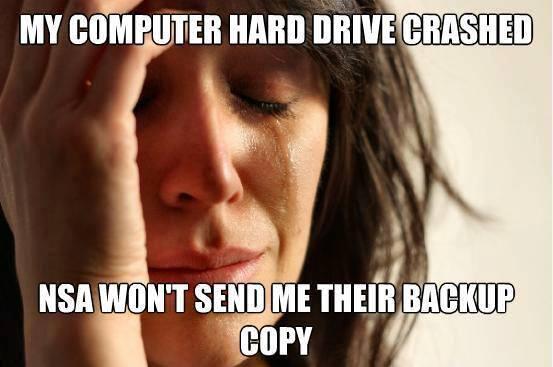 (You probably see where this is going…)

I rolled back the installation, got the right package and re-installed.  Everything seemed to go smoothly… until the install finished and I logged into the server – there were no workbooks, no extracts, and no users (except me).  It was a clean install.  Rolling back the installation had lost the automatic backup.

I sure was glad to have the backup of the server I had just run manually.  With that backup, it took only one command to restore the workbooks, extracts, users, and settings.  If I hadn’t made the backup, I would still be picking up the pieces this morning2.

It may be tempting to rely on the fact that Tableau Server backs up on uninstall and restores on re-install – but don’t!  Always make a manual backup prior to an upgrade.
The command is simple:

And if you need to restore:

You can learn more about backup and restore here.

1 I have been a consultant for Teknion Data Solutions for over 10 years!  It’s a great company and we’re hiring!

2 Of course, I have regular backups scheduled too, so it might not have been too bad.  ( that’s another tip 🙂 )

Check back each Tuesday for another Tableau Tip…