In the 1980s, my dad brought home a Tandy 1000.  I still remember him giving instructions to my mom and me about how to use DOS.  I loved playing the games (Digger, Janitor Joe [Jump Joe], Flightmare, Hopper, and more), but the real fun began when my dad showed me I could look at, and even modify, the code for games written in BASIC: 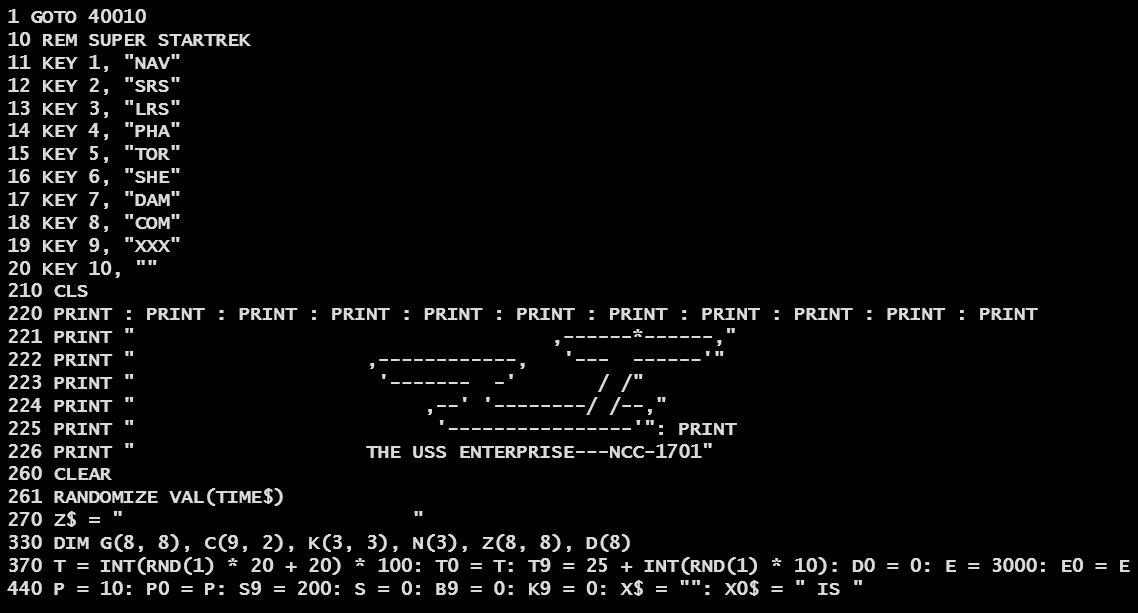 Star Trek was the BASIC game that sparked my interest in computer programming (and yes, I realize how much of a geek that sentence makes me).  It was a simple game.  An overall grid of sectors in the quadrant broken down into smaller grids where Klingons and an occasional Romulan lurked.

You can only imagine how much fun my 8-year-old self had when I realized that the E = 3000 on line 370 and the P = 10 on line 440 were the units of energy and number of photon torpedoes.  After that, the Klingons didn’t stand a chance.

What I loved about programming was that I could make the computer do anything.  There was no limit to the problems that could be solved or the fun that could be had.  And that’s why I love Tableau.  The same sense of “the-sky’s-the-limit” that I felt when I first discovered coding is the sense I feel every day when I use Tableau.  With the added bonus of intuitive drag and drop (okay, sure, there’s a calculation or two).  But there’s no end to what can be done.

And so, I decided to take my inspiration from the old Star Trek game and give it a Tableau twist.  Whereas the original game was text-based, Tableau is of course graphical.  That opens up some really neat possibilities.  I’ll reserve future blog posts to cover the technical details, but here are a few really cool things that push the envelope in Star Trek – the Tableau Game:

And now, without any further tedious details (at least for a while):

Space: the final frontier. These are the voyages of the starship Enterprise. Its five-year mission: to explore strange new worlds, to seek out new life and new civilizations, to boldly Tableau what no one has done before.