You may recall a previous post in which I warned of some landmines in using Excel with Tableau.  Well, looks like I stepped on a landmine of blogging: I was wrong!

I warned that attempting to join on blank (NULL) values in Excel would not work because NULL would not match any other value.

That was true in a beta version of Tableau 9.3, but I got a very nice note from one of the senior software engineers at Tableau letting me know that while the beta did conform to the ANSI standard of NULL values not joining to anything (including other NULLs), the actual release of Tableau 9.3 works the same as previous versions (at least since the non-JET connection to Excel was introduced in 8.2).  That is, you can indeed join on blank values (NULLs).  I’m very happy to hear this, as I think that is what most Excel users would expect.  Stay tuned, because there may yet be developments in Tableau 10.0 as cross-database joins are brought into the picture. (And I’ll definitely try to avoid the blogging landmine and actually test the release version before assuming that beta behavior carries forward!)

The other landmines are still out there, but in the meantime, consider this landmine diffused! 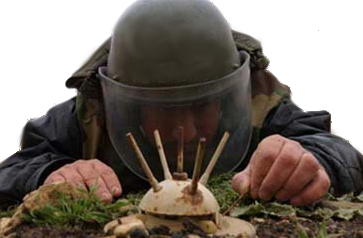